Let us remove our veils

Let us remove our veils

Let us remove our veils, both visible and invisible.
Stand-up Women – Women of Honour

As a woman, a former child-soldier, and today as an Ambassador of Peace, I believe we have to take a look at the female condition as much here, as elsewhere.

How is it that there are so many veiled women in our day? What is the power-game hiding behind this degrading situation? Is this radicalization not a form of warfare? Does it not speak to a general state of our humanity? Why do we close our eyes and further, use the “Charter of Human Rights and Freedoms” to justify this brutal situation committed against women and all of humanity, confirming both ignorance and unconsciousness.

Throughout all our human history, we have seen cold and hot wars of terror born. Gaining power has become a symbol of success along with the survival of the fittest! Have we truly evolved since the Stone Age?

The Woman without a Veil

I believe we must denounce all forms of visible and invisible veils as infringements on the integrity not only of women, but of our very humanity. The veil does not only take the apparent form of the ‘Niqab’. Are women here and abroad truly free and without veils? Some will say that we are free women. For my part, I believe we still have a long way to go before asserting that we are truly free! Is it not true that we wear a sort of veil? The veil of appearance, the veil of the perfect woman, the veil of shame, the veil of the role we play, and the most devastating of all – the veil of obsession with body-image?

The Invisible Veil of Power, Victim and Persecutor

Is it necessary to declare war in order to exist and be free? The distortion in the struggle for power also touches women. For my part, as a child-soldier, I was nicknamed ‘Hell-fire’. I walked around with bombs and automatic weapons and with ‘the veil’ of having my place and freedom. When we really take a look, it is sad to see that, just as I was with my weapons – woman has been conditioned to take the road of the struggle for power and annihilating in the process, the feminine within.

The Invisible Veil of Body-Image, the Sacred Feminine and Woman-objectified

When looking at another aspect of our reality within the female condition in our modern countries, we must denounce another form of invisible ‘niqab’. Statistics show that 3 in 4 women want to lose weight and 67% of young girls under the age of 18 want a slimmer body. The obsession with looks, ‘beauty’ and eternal youth; is it not a veil? The ‘niqab’ of the obsession with body image is so devastating that women are even competing with one another to be the ‘sexiest’, or the most desirable, and what is there to say about the hypersexualization of our young girls? Where is the call for self-realization to be fully within her potentiality and her radiance?

Do we realize what we are maintaining? We cry out about the injustice of being women who are objectified and we participate in this crime of devastating the Sacred Feminine. Let’s stop pretending and start recognizing that we also carry invisible veils: one in the struggle for power and another in appearances and the obsession with body-image. In fact, we must also recognize that our value as women is defined because we allow ourselves to be defined.

The Feminine in Her Radiance

Let’s remove our visible and invisible veils! As a woman and as a mother, I want to live in a free society, with the Woman of Honour as an image: one who embraces herself along with her power and with her depth. One who carries life and who gives life. We are bearers of humanity; let us be in our radiance and in our feminine beauty. In order to have an impact on generations to come, we must stand up and be Ambassadors of Peace! Instead of accusing the outside world, it is time to exist, to take our place, to take off the veil and to be women in our full femininity, without struggle or appearances: a stand-up woman and woman of honour! 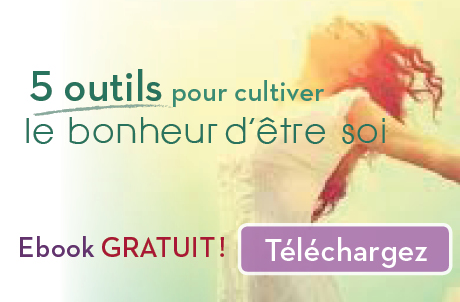